Morgan Stanley researchers estimate environmental, social, and corporate governance investing (ESG investing) will drive as much as $57 trillion in capital flows over the next 10 years.

ESG investing focuses on companies putting their money where their mouth is by contributing to positive social and environmental changes. It can apply to anything from addressing access to clean water to supporting the next breakthrough in green energy. Obviously, that covers a wide range of  industries and the companies within them. So if you want to capture a piece of that $57 trillion pie, here are three places to look:

Cryptocurrency may not have the most obvious connection to the climate change discussion but the two are absolutely intertwined because of carbon emissions.

Mining cryptocurrency — a process in which sophisticated software is used to solve complex mathematical problems, verify transactions, and introduce crypto coins into circulation — is very energy intensive. The latest estimates tell us the process of creating Bitcoin, for example, consumes approximately 91 terawatt-hours of electricity annually — more than is used by all of Finland in the same time period. According to Fortune, Bitcoin

emits 1,061 pounds, or half a ton, of CO2 every time you tap the app to buy a latte or zap a fraction to a buddy who beat you on a golf bet.

This was not always the case. Earlier in its development, mining crypto did not require so much energy, but the requirements to power the process have grown exponentially to match demand. This means the already outlandish figures are set to grow. So, if this is the future of currency around the globe, it is not sustainable. That’s why many companies are applying various greener approaches to supporting the bullish crypto market.

Indiana-based Perpetual Industries, for example, is bringing renewable energy sources to the blockchain. The company has established itself within the market for green power sources and energy efficient technology that has been applied to home appliances, wind turbines, automotives, and more. Applying their same approach to cryptocurrency birthed Green Energy Mining (GEM), mobile and stationary mining systems powered by (you guessed it…) green energy sources.

More than just a feel-good endeavor, Perpetual Industries’ venture offers some genuine value to the bottom line. The company has designed both mobile and stationary (Geodesic Dome) mining systems which can be powered by wind, solar, or batteries, making it a truly versatile solution with multiple applications. What’s more is they have tools like a proprietary XYO Technology, which makes products more energy efficient, reduces costs, and creates a quicker path to profits for its customers. Obviously this is an attractive detail for an industry requiring more and more energy with each day.

Offsetting, or at least minimizing crypto’s footprint while also making it more profitable is a tough opportunity to ignore.

I believe we can do to water what Airbnb did to hotels and what Uber did to taxis. 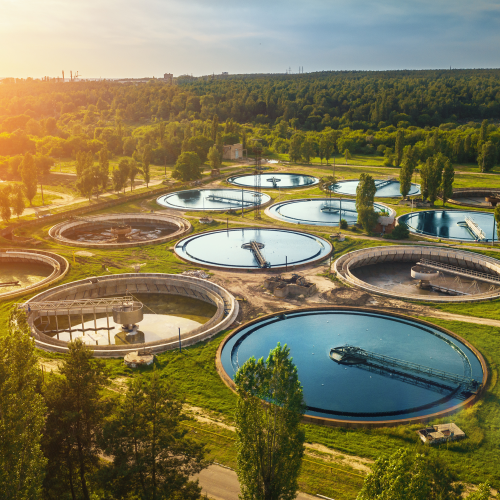 This claim made by CEO of OriginClear Riggs Eckelberry sounds radical, doesn’t it? Airbnb and Uber truly revolutionized existing industries. They provided all-around better solutions for services that will not go out of demand: hospitality and transportation. Few markets are as ubiquitous as those two but water…? If one could revolutionize water as an asset in the same fashion Uber and Airbnb did their respective markets, that person could really be onto something.

Water usage is actually a key factor in the ESG initiatives of many businesses. And enabling companies to build their own infrastructure for such a basic resource cuts right to the source of the problem. Literally. Whereas the status quo leaves businesses reliant on utility companies for their access to it, OriginClear’s products support the decentralization of water. In other words, they help companies become water independent.

The necessity for such products applies to various utilities and the potential for positive change is widely accepted with resources like energy, for example.

Unprecedented pressure on the global supply means the world’s richest countries are in danger of what would normally be seen as ‘developing world’ conditions,
Eckleberry wrote in an essay published by Newsweek, pointing out that power outages in Texas and the UK’s energy crisis are the most recent examples of how centralization can fail society in the 21st Century.
We need to replace top-down centralization with a bottom-up, user-generated system,” he argues. “Decentralization can prepare us for the decades ahead; and looking beyond energy, to the life-critical area of water supply and recycling, both of which are already being affected by climate change and increased geopolitical instability. Infrastructure independence is essential, and decentralization can help deliver it.

And what is true for energy is also true for water. The practice of delivering water through hundreds of miles of pipes is both inefficient and unreliable, open to the same systems failures we see with power grids when demand outgrows the infrastructure. OriginClear actually commissioned a case study that found decentralization could reduce water and nutrient footprints for both the local environment as well as the local water district. The company’s water treatment technology reduces waste, contamination risks, and lessens the impact on the local community’s water supply.

Now, just imagine this ethos having the same impact Airbnb and Uber had when they came into the world.

So far we’ve seen two examples of current, viable products in the ESG space that can make an impact, but what about all the other inventions and products you haven’t heard about yet? 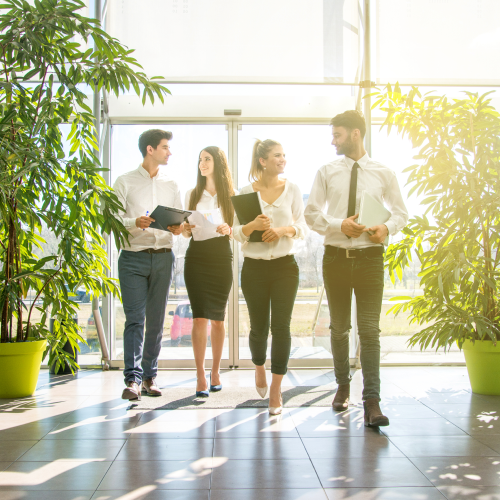 From the investor’s perspective, finding the next big thing can be like finding a needle in a haystack. And from the perspective of an ESG entrepreneur, going unseen by investors means your revolutionary product never gets a chance to change the world. For some perspective, 620 patents were filed in the United States five years ago and just under three million were filed worldwide. It’s estimated that more than 90% of those patents will never be commercialized, licensed, or sold. While some of those inventions don’t have the societal value to thrive, many fail because the inventor doesn’t have the resources to get their product or service to market or their IP doesn’t have strong legal protection.

Enter a company such as Eco Innovation Group. ECOIG exists specifically to seek out game-changing eco-minded inventions, secure their licensing rights, and prepare them for a successful market launch. A major benefit for inventors is that ECOIG provides their IP a launching pad to profitability. And a major benefit for ECOIG investors is they get to have their hands in several profitable eco-friendly pies.

The company’s pipeline includes three futuristic inventions being cultivated for market rollout, all of which signal a company building a diversified (green) portfolio of IP:

PoolCooled is a fascinating technology with the potential to change day-to-day in-home energy use across the world. The invention uses the cool water from a home or building’s existing swimming pool to boost air conditioner efficiency for that same building. It’s a technology that can serve as a money-saver for business owners operating larger hotels, motels, and apartment buildings with many units — a green alternative that is financially viable for its users.

In early tests, power usage was compared between cleaning a swimming pool and cooling a home which had a three-ton central AC system. Over the test period, the pool cleaning and air conditioning of the home required 4,300 watts of power. With PoolCooled, both tasks were carried out over the same time period consuming only 1,100 watts of power, showing that PoolCooled could save as much as 75% in total energy usage and costs.

The company is beginning third-party testing of its prototypes and quickly nearing its commercial rollout.

The ECOX Power Booster is designed for the exact task its name implies. Utilizing proprietary technology incorporating electricity and magnetism, a greater output of energy can be achieved.

We learned from Faraday almost 200 years ago that the reciprocal relationship between electricity and magnetism establishes practical applications that are almost limitless,says Paul Delano
, ECOX’s tech lead on the Power Booster project.
The problem was that we did not have the high-speed voltage and high amperage electronic switching technology to capture all the symbiotic energy in a magnetic field.

The power used can come from the grid or from solar panels, and customers will gain an immediate increase in usable power in their homes. A single home utilizing the ECOX Power Booster can leverage just 880 watts of power to produce 2200 watts, saving approximately 60% on that home’s energy bill.

So What’s Your Next ESG Play?

As you can see, there are multiple entry points into the ESG investing space. From the obvious hunt for renewable and green energy sources that turn a profit, to riding the rocketship that is cryptocurrency, an ESG portfolio can be as diversified as any other while still producing a profit. The only question is: which one to choose?