Mental health – the definition of it and how it’s treated – has been changing and adapting for centuries, if not millenniums. From Plato’s claims that if proper balance is needed to maintain a healthy body, the same is true of the soul, to the primary diagnosis of “idiocy/insanity” in the U.S. 1840 census, to the birth of the Diagnostic and Statistical Manual of Mental Disorders in 1952 and all of it’s following editions; we as humans have been learning more and more about how our body and mind reacts to the world.

Humans search for meaning in what they do not understand, and in the past, they rationalized people with mental illness as humans possessed by demons, in need of religion, or simply suffering from a physical ailment, not a mental one. While (most of us) are no longer accused of being witches if we have a panic attack, there has still been a persistent stigma against mental health.

Before the COVID-19 pandemic, mental health concerns were already at record highs, and it skyrocketed further thanks to worldwide shutdowns and tragedies. People expected that as the disease diminished and time went on, everyone would return to normal. However, the trauma from the pandemic, or the health issues that came up while in isolation, persisted; and many once skeptical people are starting to tout the benefits of therapy and unique treatments.

The past few years have given rise to new, innovative companies with solutions that adapt to our technological world, and incorporate natural, mind-focused products. While they may be doing it to improve the wellbeing of everyday people, addressing the $383.31 billion mental health market can certainly lead to a great return on investment for everyone involved.

According to the American Psychiatric Association, nearly one in five U.S. adults experience some form of mental illness, one in 24 is considered to have a serious mental illness (a behavioral or emotional disorder that causes major functional impairment), and one in 12 has a diagnosable substance use disorder. It’s no wonder there’s so much money to be made in the treatment of mental illness. Mental health problems seem to be a pandemic in their own right.

An article from the Harvard Business Review (and a report from the World Health Organization) found that “$4 is returned to the economy for every $1 spent caring for people with mental health issues.” Because of this, businesses recently began providing better mental health coverage in their medical benefits packages. Similar to the phrase “happy wife, happy life,” many employers came to realize that mentally adjusted employees meant more productivity at work.

This is good news for, well, everyone. The downstream effects of increasing focus in the mental health industry affects workers, businesses, mental healthcare companies, the government, and investors. First, investors take stock in disruptive and forward-thinking mental healthcare companies; second, mental and behavioral health organizations are able to treat more people at reasonable prices; third, individuals and workers alike get the help they need and perform more productively at their jobs; and fourth, businesses produce better and faster work, increasing innovation, value to the market, and employee medical benefits and coverage. All of this leads back to increased share price and profit for the investors that had the foresight to see that investing in mental health produces massive dividends financially, economically, and socially.

Even before the pandemic, there was already a strong, cultural mega-shift towards mental health happening. Some factors that drove growth in this area included: the concern over drug effectiveness and safety, mental health reform bills, government initiatives for reducing mental illness, national and worldwide tragedies affecting millions of people’s mental wellness, the rise in the geriatric population, and the destigmatization and endorsement of mental health treatment by the mainstream media. More and more people were recognizing the importance of a multifaceted approach to mental illness, focusing on aspects such as meditation, sleep, exercise, and non-addictive, natural treatment options.

Then, covid-19 swept across the whole world. While the pandemic has created or exacerbated many people’s mental illnesses and substance abuse issues, it’s also paved the way for the adaption of game-changing technologies like telehealth and app-based services. One industry report expects the telehealth/telemedicine sector to grow by 500% in the next five years, despite lifts on covid shutdowns. 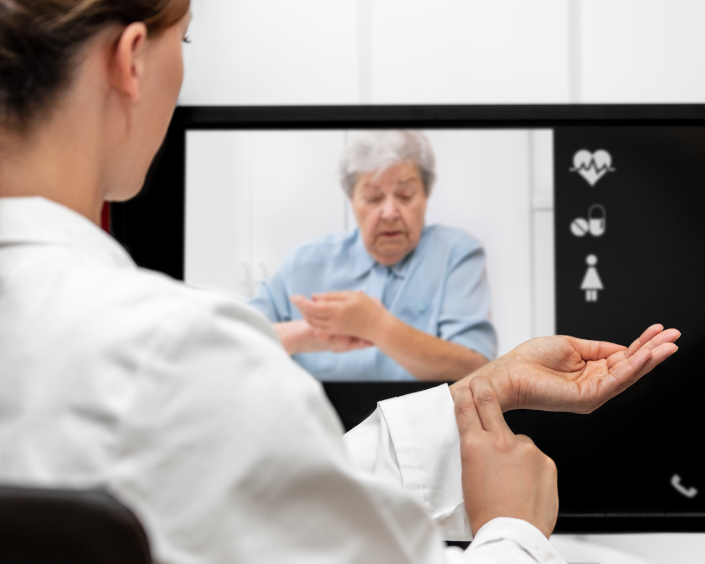 One such company that is capitalizing on this shift towards telehealth and cutting edge AI, is Nurosene (CSE: MEND) (OTC: MNNDF). The company was founded in 2019 and launched in 2020 by Daniel Gallucci, an experienced functional neurologist and researcher who specializes in working with high performance athletes, in addition to patients with complex neurological conditions. His vision to democratize mental wellness via mobile application–while not necessarily new–is proving to be a disruptive force in the industry.

Rather than focusing on just one part of brain health, like meditation app Calm does, Nurosene has created an approach to mental health that focuses on four actionable strategies: movement, brain, nutrition, and recovery. Another app-based company, Headspace, has raised an excess of $150 million dollars since their launch, but remains focused on one avenue of addressing brain health. Most companies looking at telehealth only focus on one area, and while specialization is a good thing, Nurosene seems to combine several tactics in a holistic approach to mental health all in one service.

Putting the Psych(ology) in Psychedelics

Another industry sector that is in its infancy, but is almost certain to balloon, is psychedelics used to treat mental disorders. Why? Because it already did once before, and if we know anything about history, it’s that it repeats itself. Let’s just hope we’ve learned enough to get it right this time.

If you’ve ever wondered who you can thank for your trip (wink wink), it’s a Swiss chemist named Albert Hofmann, who in 1938, accidentally synthesized lysergic acid diethylamide (LSD) and after further testing, thought it would be ideal for psychotherapeutic use. Over the next 20+ years, he and other colleagues ran experiments on LSD and another psychedelic, psilocybin, or as you may know it: schrooms.

While this chemist and many other scientific professionals were excited about the implications this drug could have in treating mental patients, these substances became associated with the counterculture movement back then and ended up being a casualty in the war on drugs. Despite the numerous scientific papers on the benefits of psychedelics, LSD and psilocybin suddenly became illegal in most parts of the world in the 1960s and 70s, and almost all research on them was shut down.

Fast forward 50 years. With a shift toward mental health, people are bringing psychedelics back into focus in the market; and their efforts are only helped by the Silicon Valley gurus who publicly laud their own microdosing routines, the religious institutes that are getting their use of psychedelics validated in court, and people admitting on social media or in articles that they use it (illegally) to treat their anxiety, depression, PTSD, and substance abuse. 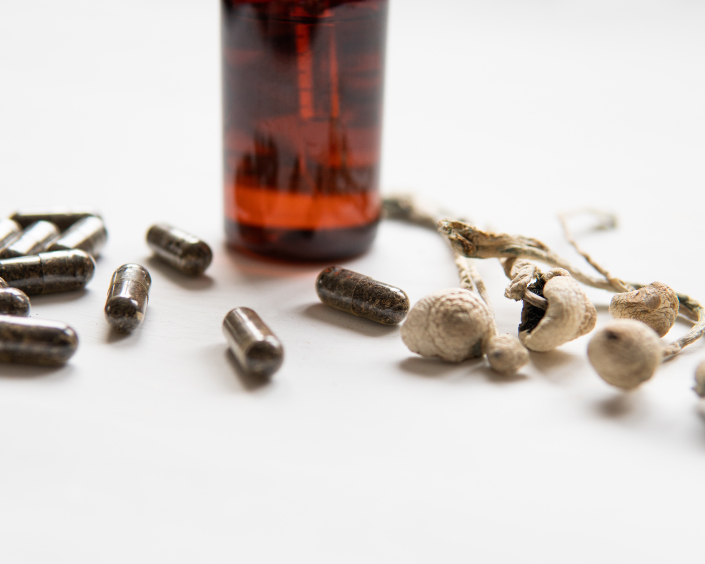 For the first time in decades, the FDA and DEA are now approving psychedelic studies, allowing researchers and scientists to test the effects of using LSD, psilocybin, mescaline, ketamine, and DMT to treat mental illness. This has led to an increased number of startups and public companies using psychedelics to treat mental health in clinical retreats and other treatments.

With the increased legalization of marijuana, the perspective on these other substances has begun to change. Legal ketamine clinics are opening all over America to treat a variety of mental illnesses, and it’s only a matter of time before psilocybin and other psychedelics are legal for medical use too.The Psychedelic Drugs Market was valued at $4.75 billion in 2020, and is expected to reach $10.75 billion by 2027, growing at a CAGR of 12.36% during 2021-2027. It would be wise to get in on the ground floor and ride this trip all the way to the top.

One of the companies that’s innovating in this space is Delic Corp (OTCQB: DELCF / CSE: DELC). Delic is a leading psychedelic wellness platform, committed to bringing safe, legal and science-backed benefits and treatment to the masses, in addition to reframing the psychedelic conversation.

They are building the largest and most accessible chain of psychedelic wellness clinics in the country and a scalable ecosystem to increase revenue, margins and patient base. As future psychedelic treatments are legalized – which seems to be imminent – Delic will offer additional options across the largest provider network.

Another company that is perfectly positioned to benefit as these substances are legalized for medical use is Silo Wellness (CSE: SILO | OTC: SILFF | FRA: 3K70). They are a psychedelic play that’s already generating revenue, providing services in two countries, having global product distribution, and partnering with the successful Marley One brand portfolio.

While Silo does offer psilocybin retreats, they aren’t limited just to psychedelics. The majority of Silo’s current product efforts are focused on functional mushrooms, which–if you didn’t know–are not psychoactive. These no-trip mushrooms, such as Lion’s Mane, Chaga, Rooster Tail, and more, have been proven to improve cognition, mood, and increase overall well-being. The future of psilocybin is promising, but in the meantime, Silo is advancing its interest in the functional space, currently worth $34B (and growing at a CAGR of 8%).

It’s the End of Our Session Time

A mental health crisis has been unfolding simultaneously with the pandemic, and it’s finally becoming evident to the general public and national government that mental health isn’t something that should take a backseat.

There are some truly groundbreaking sectors within the mental health industry, many of which have formed in the past decade, and include several of the stocks we discussed above, that are tackling the unmet needs in the market.

Looking at the companies we mentioned, and many others operating in this space, they all seem to have one thing in common: helping people feel better. Investing in mental health, especially companies that are at the precipice of the future of mental health, means investing in the wellness of our nation and world.