How Does Technology Impact Clean Energy?

Fewer segments of the tech space have potential to impact the world as much as the human race’s pursuit of clean energy sources. Year after year we read new headlines of rising carbon emissions and fluctuating climate trends, massive swings from one end of the spectrum to another. Energy generation and consumption is a main culprit, and finding efficient sources of clean energy could change our future.

But effective change isn’t as simple as swapping out every gas powered car for electric vehicles, or slapping high-powered solar panels on everything (more on that). The tech space is racing toward interesting and unique ways to produce clean energy or even repurpose some natural sources in ways that can remain useful for society. In fact, it’s fair to argue the advancement of technology isn’t just pushing us toward producing new clean energy. It’s also shaping new perspectives on what to do with existing sources as well as lessening our footprint from them.

With that in mind, Oil isn’t on its way out, not at all. According to the International Energy Agency (IEA) report World Energy Outlook 2020, oil demand will increase from 97.9 million b/d to 104.1 million b/d by 2040 (that’s a 7% increase). We often equate “clean energy” to “no oil,” when in fact we can also actively look for more efficient, less impactful ways to use it.

This means there is a lot of petroleum to extract and use, creating a large footprint over the next two decades and beyond. So what if we could simply minimize that footprint?

A market research report by Reports and Data suggests the global oil spill management market is expected to register a CAGR of 3.0%, and reach $197.49B by 2028. Vivakor (NASDAQ: VIVK), a Utah based company, is mainly focused on the onshore, post-spill subsector of this market, which saw the most growth in North America in 2020. However, Vivakor’s tech also provides an added bonus of creating a smaller footprint through significantly lower water use than the status quo.

The company is capable of separating soil material that contains more than 20% oil at a rate of 20 tons per hour in their Remediation Processing Centers (RPC) while preserving all of the organics within the previously-contaminated soil. This leaves behind soil that is fully usable while hydrocarbons remain intact for use as reclaimed fuels and asphalt. This means Vivakor can take a piece of unusable land contaminated by an oil spill, and turn it into an area suitable for agriculture while extracting usable oil.

Currently, Vivakor is set to deliver two on-site Remediation Processing Centers (RPCs) to Kuwait where they will remediate 500,000 tons of contaminated soil — an area still dealing with hazards created during the Gulf War. Their RPCs will process approximately 40 tons per hour with Vivakor receiving $20 per ton of materials processed (that’s $10M), plus share in certain profits associated with the overall clean up effort.

They are making both the land and the oil valuable once again — something that previously seemed impossible.

Heating Up on Solar Power

Solar is obviously high on the list of things we think about when discussing clean energy. Its drawbacks, however, keep it from overtaking other resources as a dominant way to power the world. 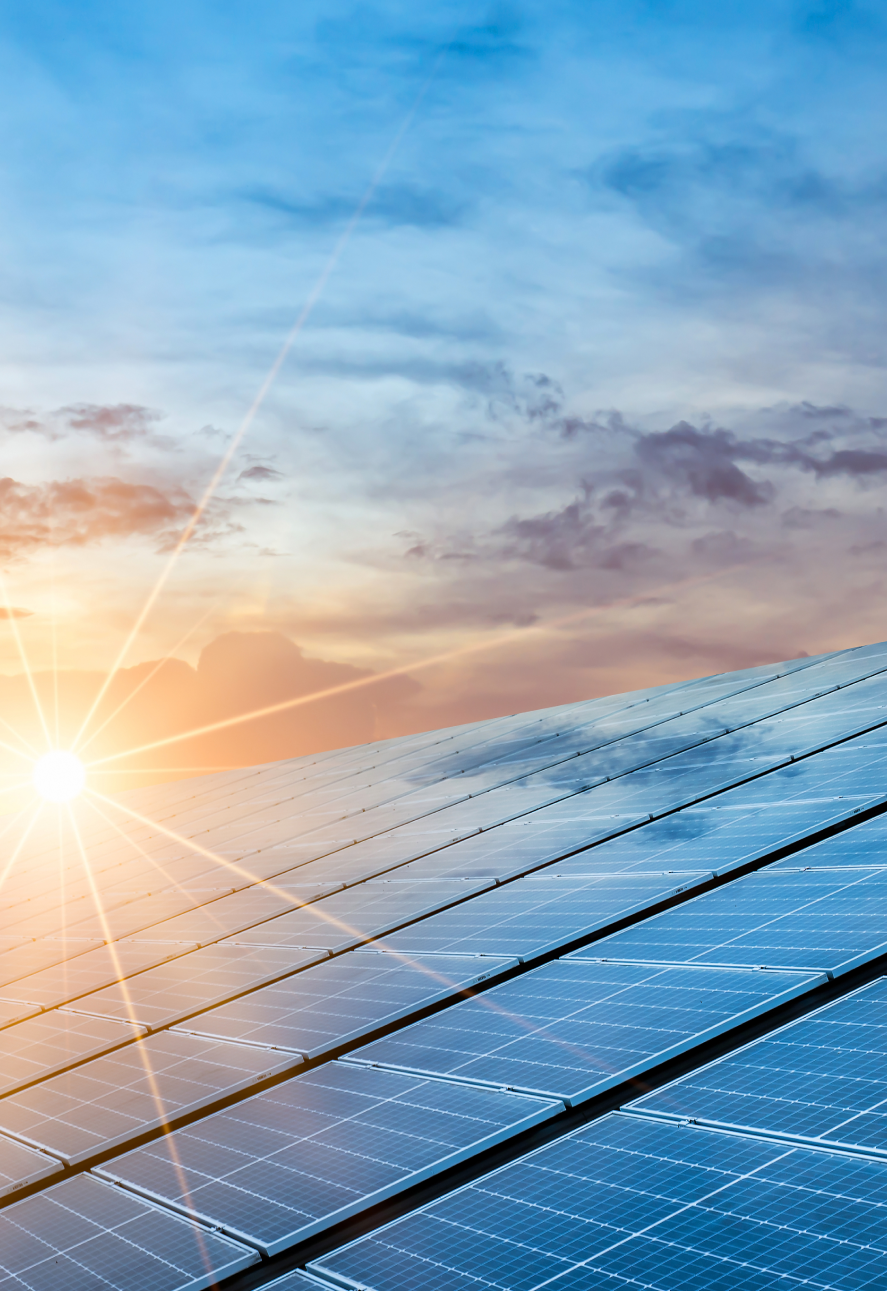 The most obvious challenge of them all is that wherever you are the sun is probably not shining 24-hours per day. Any solar powered facility, home, or utility therefore needs a solar cell to store its energy for night (or when it’s cloudy), requiring even more space than solar panels themselves. Many technologies also require rare materials for construction.

On the flip side, the sun itself is the most abundant energy source in the universe. So figuring out a way to make solar power efficient and viable will be a very, very profitable achievement.

High Purity Quartz Sand (HPQS) is an example of one such valuable and rare material that can be key in viable solar energy. Most commonly associated with the production of semiconductors, it is used in solar power applications to develop photovoltaic cells because of its stability, transmissivity, and its heat resistance.

For these reasons, demand for HPQS solar applications is expected to grow at a faster rate than any other segment. The global high purity quartz sand market is forecasted to offer an incremental opportunity worth $275 million between 2020 and 2030. Production neared 35 kilotons in 2021, accounting for 11.5% of total quartz production, and is expected to grow at a CAGR of around 5.2 percent through 2032, with production reaching 60 kilotons.

Graphene & Solar Technologies (OTCQB: GSTX) focuses on a highly-profitable production of HPQS for all these reasons, with production facilities now in the U.S. and Australia. That’s just a drop in the bucket for GSTX though, which is more than just a HPQS producer. It’s a vertically-integrated technology company developing environmentally sustainable green energy systems, and a dive through more than 70 unique patents they have rights to is fascinating. For example, GSTX owns the exclusive rights to US Thin-Film Corporation, which develops transparent Conductive Films with excellent electrical conductivity, high transparency, and flexibility. When paired with graphene (another incredibly valuable material), GSTX can manufacture see-through solar panels. You read that right.

Imagine the applications of a clear, thin solar panel. Cars. Skyscrapers. Even the windows of your home. And if just one company can reimagine the bulky solar panel like this, it’s a safe bet technology can and will evolve to help us reimagine how we tackle other clean energy sources as well.

The Intersection of Mining and Clean Energy

At the foundation of each new technological breakthrough, the next groundbreaking invention, or the most efficient way to produce energy in the future lies the materials we use to build them all. According to the International Energy Agency, we aren’t mining enough of the necessary minerals for all of these — at least not at the rate we need them in order to match the demand for clean energy.

Ironically, we must rely on existing energy sources to mine the raw materials that will help us build solar panels, wind turbines, and more. One onshore wind turbine reportedly requires nine times more mineral resources than a gas-powered power plant. And it is well documented that electric vehicles, while not burning fuel once they hit the road, require a heavy mineral footprint to create — six times that of a gas-powered car.

Is anybody considering this footprint? The one we leave on the road to clean energy? The short answer is yes. 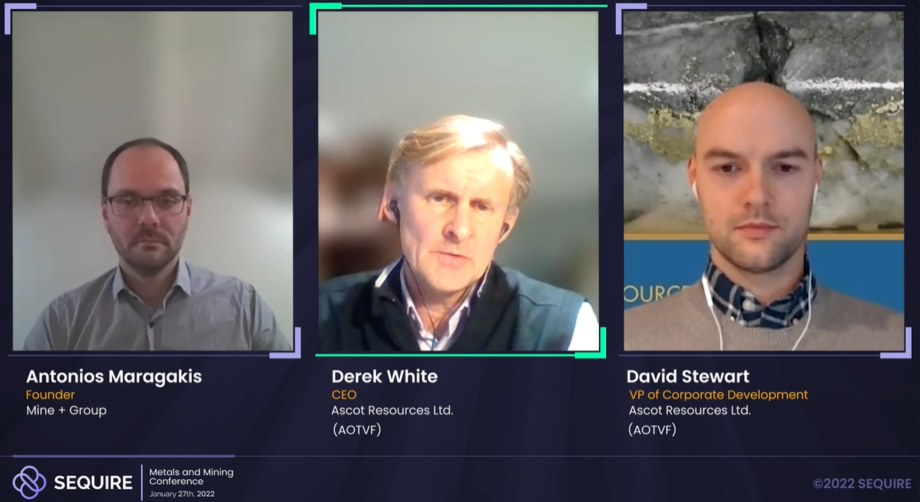 “For investors that are looking out there, there’s a lot of different factors that are coming into play,” Derek White, CEO of Ascot Resources Ltd. said in Sequire’s 2022 Metals and Mining Conference. “ESG is a big thing. A lot of institutional funds who back a lot of these companies want to see a low carbon footprint.”

His advice for finding the companies best equipped to achieve that is simple: look for those with the most experience already doing it.

“One of the reasons why we’re seeing battery materials and copper and other things doing well is because of the electrification that’s going to be happening,” he says. “I think the timeframes for permitting, working with first nations, all the other things that are required, make things more complex.”

Explorers and producers know establishing themselves as operations with low carbon footprints can bring value to shareholders, so many will go the extra mile to do so. We are working toward truly clean energy by first focusing on cleaner practices, methods, and techniques.

Watch more from the Sequire Metals and Mining Conference here.